The 49ers injury updates: who misses out, and who plays vs Chiefs? 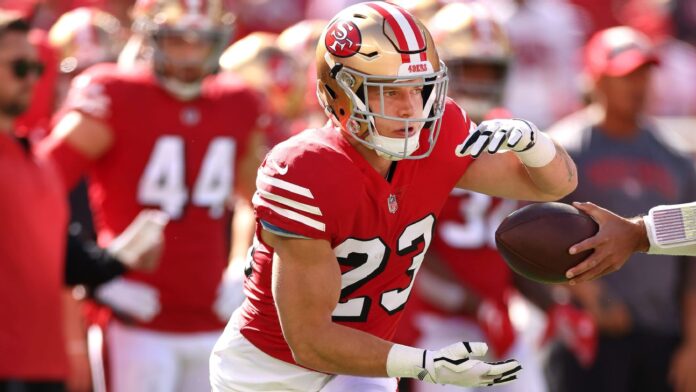 The San Francisco 49ers are going to face the Kansas City Chiefs this coming evening.

This past week, the media suggested that Jeff Wilson might miss the game this Sunday. However, he has shown that he would still be available.

Moreover, Wilson’s viable option reignites a discussion about whether the player has much to offer or not. Check it out below!

In fact, many fans have asked if Jeff Wilson would be worth being named as a starter today. The player has probably offered reasonable floors.

His numbers, otherwise, have shown that he should improve his football as soon as possible, as he only has notched out 400 rush yards and two rushing touchdowns in seven weeks.

Through six games, Wilson leads the 49ers with 81 carries, but once McCaffrey is up to speed with the team’s playbook, he’ll be slated to handle the bulk of San Fransisco’s backfield touches.

Be that as it may, we picked up the injury updates ahead Chiefs.

After missing a swarm of starters on both sides of the ball in Week 6 against the Atlanta Falcons, the Niners are actually getting quite healthy for this tilt against KC.

In fact, only three players appear on the Week 7 injury report:

This is good news as the 49ers must have those players to help maintain a high level on par with the best teams in the NFL.